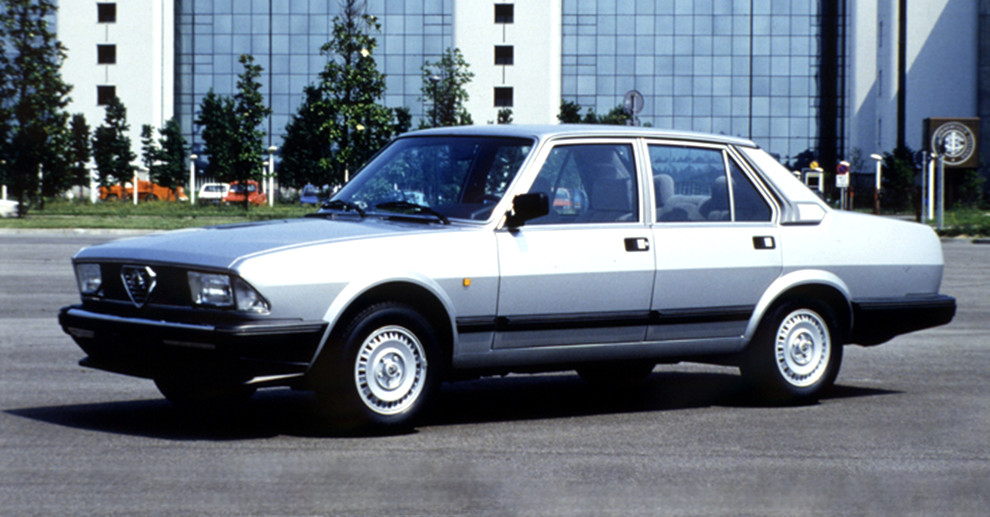 I like to write about cars with an unsuccessful project and marketing record. In my humble opinion, with a few rare exceptions and some amusing anecdotes, the history of bestselling cars is less engaging. An old proverb says that the road to hell is paved with good intentions and Alfa Romeo, with the project 119, went all the way through.

When in 1969 the production of the big sedan 2600 stopped – this car was not a real bestseller either – in 1973, the Milanese car company decided to roll the dice again and return with a bang to the luxury saloons sector. Thus, it started the project 119, to say the Alfa 6. Unfortunately, in November 1973 the Kippur conflict broke out and the IRI management, which at the time owned Alfa Romeo, shelved the project, though all the details had already been finalized, the car production was about to start and the all new aluminium 2500 V6 engine, really state-of-the-art at the time, was ready to make its debut. The body design used a similar style to the Alfetta, but the mechanics was entirely different and specific to the Alfa 6.

After six years, the Alfa Romeo management decided to give the green light to the project as it was, the first of a series of mistakes that troubled this unlucky model. At the official presentation, it became clear to everyone that this car had not turned out well: the body design was by now old-fashioned, with an exaggerated and unpleasant rear projecting part, with excessively big headlights and rather extravagant details. The centre console that, like in the Alfetta, housed the transaxle, not present in the Alfa 6, compromised the backseat comfort. In theory, therefore, the mechanical designers’ intention was to make room for the passengers in the backseat. Why should the fifth passenger forcedly travel with his knees up in his mouth?

The Alfetta’s design did not allow mounting a potential automatic gear on the rear axle, but the moulds were not changed, because there was no money to design a new platform. The most positive note was the 2500 V6 engine, in aluminium, 158 HP, with a refined and expensive 5-speed ZF dog-leg gearbox, already mounted on the Montreal. Another positive characteristic of the Alfa 6 was the quality of the interiors, which was superior to the Alfa Romeos of the time. However, this was not enough to convince the clientele, not even the most enthusiast Alfa Romeo’s fans. Not least, a real disadvantage was represented by the excessive fuel consumption: the car usually made 7 km with a litre.

In 1983, in the attempt to revive the sales, the second series was launched: however, only the aesthetics was changed, further weighing its bodywork down. With the restyling, the range was extended with the 2000 V6 petrol engine and with the 2500 Turbodiesel engine, but because of the car’s excessive weight, performances were rather mediocre. After four years, with very low sales, the Alfa 6 went out of market. In about nine years of production, only 12,000 units were manufactured; after idling two years in Arese’s service areas, the last 25 units ended up in Poland and in other Eastern European countries.