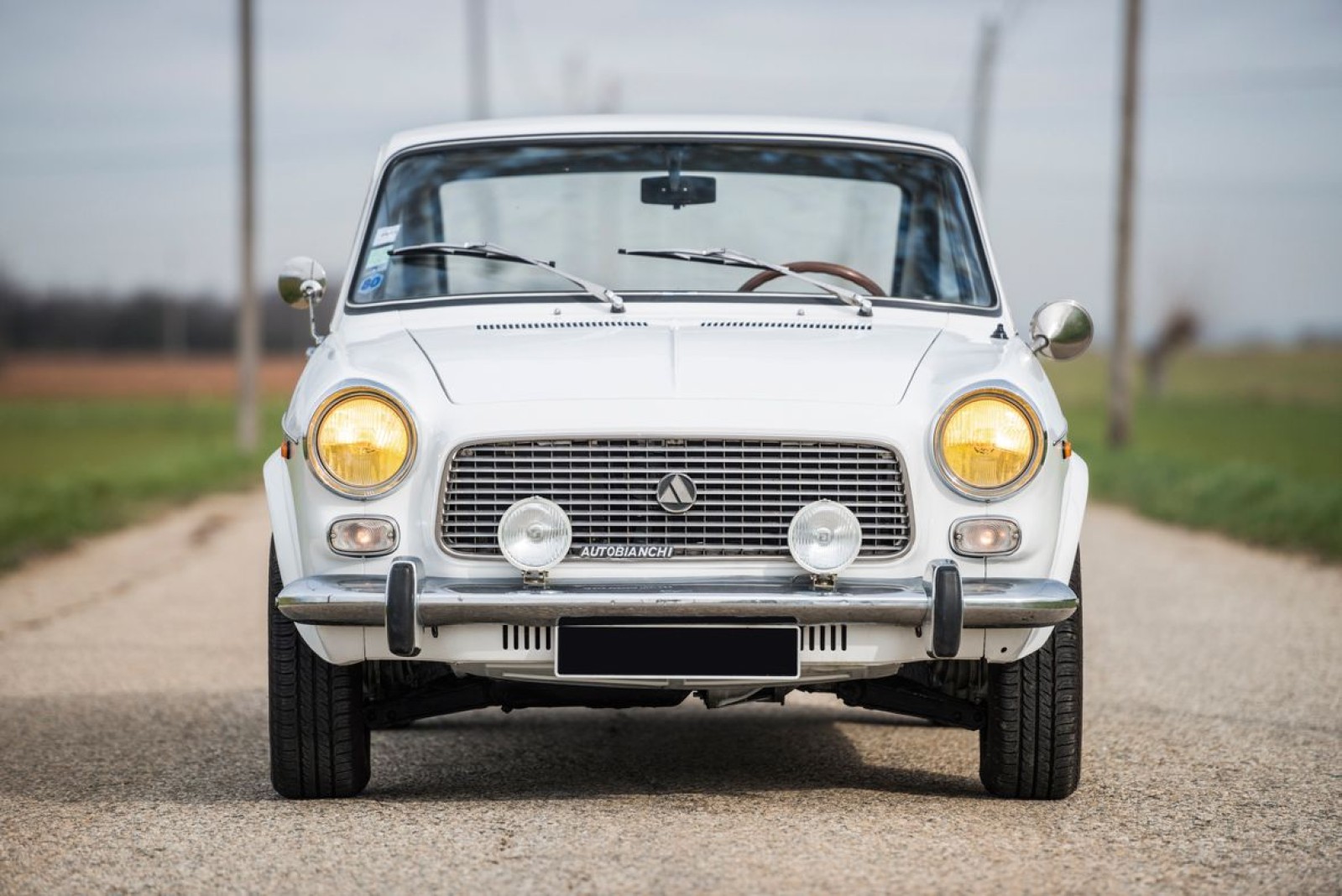 “Primula First” was the slogan used by the Fiat Group to launch on the market a new medium-sized car and, as you could very well think, what’s sensational about this? Nothing, apparently, but the story of Autobianchi Primula is actually quite complicated and, at times, baffling. It began in 1961, but its origin dated back to the early ᾽30s.

An afternoon, in March 1932, Senator Giovanni Agnelli was sitting next to a Fiat test driver in a new car prototype designed by Dante Giacosa, the creator of all Fiat’s economy cars until 1970. The reason of the Fiat founder’s presence in that occasion was the importance of that test. In fact, Senator Agnelli demanded and obtained to be on board of the first front-wheel-drive car of the Turin’s car company, which, during the third lap, caught fire. Agnelli and the test driver were able to run from the burning car and the expression “front-wheel-drive” was banned in the corridors of the building in Viale Manzoni. Useless to say that the unlucky test driver was fired on the spot.

After years of begging, Dante Giacosa was finally given the green light to start the Project 109, which resulted, in 1964, in the first car equipped with the innovative drive train manufactured by the Fiat Group, provided that… no one knew about it. At that time, the strong boycotting towards innovations was legendary in Fiat, therefore it was decided to use the Autobianchi brand, which had belonged to the Turin’s car company for years. The Primula was used as “test car” without thinking about a real development of the project that, since the beginning, had shown some problems only partially solved. On October 31st 1964, the car was presented at the 46th edition of the Turin Auto Show: the Primula was a 2-door car with a hatchback, characterized by a very practical and modern design and, for the first time on a medium-sized Fiat car, there were four disk brakes and a steering rack.

It was put on sale on January 1965 at the price of Lire 1,050,000, which the average customer of the time deemed excessive. The Value for Money, as we say now, was totally missing. The 1221 cc engine, derived from the 1100 D’s, provided brilliant performances, but, as mentioned above, the car’s finalizing had not been carried out: the gearbox clattered, the interior finishing was poor and, above all, the windshield and the windows’ sealing was almost non-existent. When raining or at a car wash service, it was a real nightmare for the Primula’s owners. The other big issue was a too prudential planning of the Primula’s production volumes: after delivering the first 100 cars, no more units were available for three months. The remaining units were finally delivered in May 1965, thus reaching the number of 1,287 sold cars, but until December, the sales didn’t take off. In November, the new 2-door coupé version was launched, with an enhanced engine combining brilliant performances and a sport and elegant design; and, for the first time for an Italian car, there were more body options to choose from, a 2, 3, 4 and 5 door model. Something that would never be seen on a medium sedan again. A price reduction and important discounts were applied to every model, and the sales finally took off at a strong pace; however, the end was near. In 1969, the 128 was presented, the first front-wheel-drive Fiat car, therefore the Autobianchi Primula had become redundant and, at the presentation of the new medium-sized family car, the production of the Primula was stopped after only six years. Fiat feared that the Primula would steal customers from the 128 and, not least, the manufacturing costs of the Primula were high if compared to Fiat standards. So, in January 1970, the Primula was got rid of, after 76,000 units presented in 3 series.