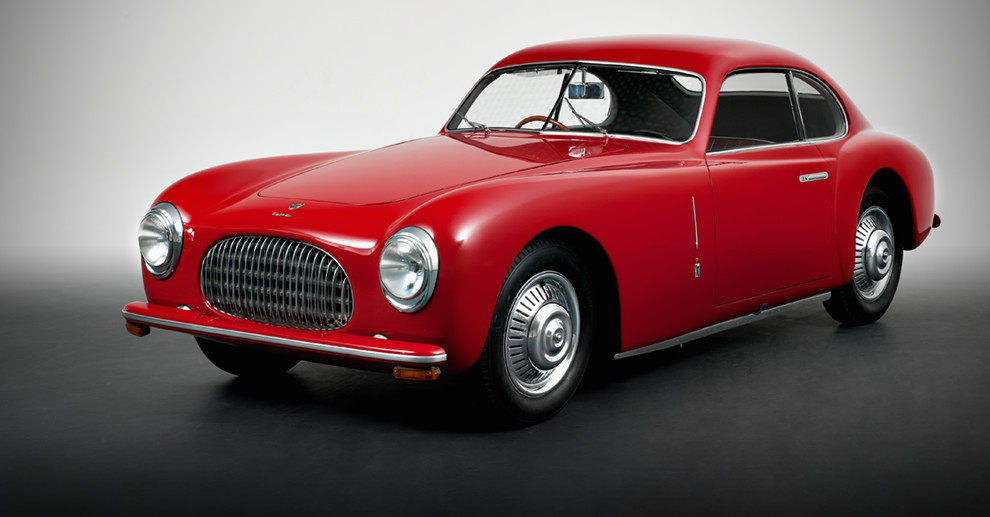 Raise your hand if you’ve ever seen one. Until recently one of these “sculptures in motion” was on show at New York’s Museum of Modern Art, as I wrote at the beginning. Now the Museum’s directors have decided to remove it from the exhibition space, replacing it with a Jaguar from the same period, meaning that the red model which has been on display for years will be left in the MoMA’s dark storerooms, perhaps for ever – this is a real shame.

And so the final curtain falls for an extraordinary car with a turbulent history, which its creator, Piero Dusio, paid for with blood, sweat and tears. The Cisitalia company was founded on 8 March 1946 by Dusio, a wealthy cloth salesman from Piedmont who loved racing.

The first Cisitalia car was the D46, a single-seater designed by Dante Giacosa, the father of utilitarian Fiat range from the Fiat 500 (“Topolino”) to the 127. Cisitalia launched in time for the Coppa Brezzi race on the Parco del Valentino racetrack in Turin – a total of 7 Cisitalia cars were used with Dusio himself, Tariff and the legendary Nuvolari behind the wheels. Dusio won, but it was really Nuvolari driving the D46 who kept the crowds hooked by driving the last two laps with an unattached steering wheel, using his right hand to help him along the straights. Naysayers thought this was a deliberate act on Nuvolari’s part to draw the attention of journalists and photographers at the event, who seized the chance to immortalise the feat which obscured Dusio’s victory. This takes us to the 202, a 2+2 berlinetta launched in 1947 drawing admiration for its elegant, modern design. It was designed by Pininfarina with Dusio, Giacosa and Giovanni Savonuzzi, who would go on to be an important Chrysler designer in the 50s and 60s.

Unfortunately, financing the racing department bled the company dry and it applied for receivership in 1949 in an attempt to avoid bankruptcy. Producing the 202 had always been an uphill struggle because of calibration issues and huge financial problems. This didn’t stop a 202 from making an appearance at the 1952 Mille Miglia race, driven by Dusio himself alongside his son Carlo, though they had to drop out as the clutch broke. Carlo Dusio resigned in 1953 leaving his son to run the company, and moved to Argentina where he died in 1975. The 202, with its small 1089 cc engine, was derived from the Fiat 1100 but had a design which even today we can only dream about. Production stopped soon after its legendary race. Between berlinettas and cabriolets, a total of 220 cars were built. Perhaps only half of them are still in existence today.