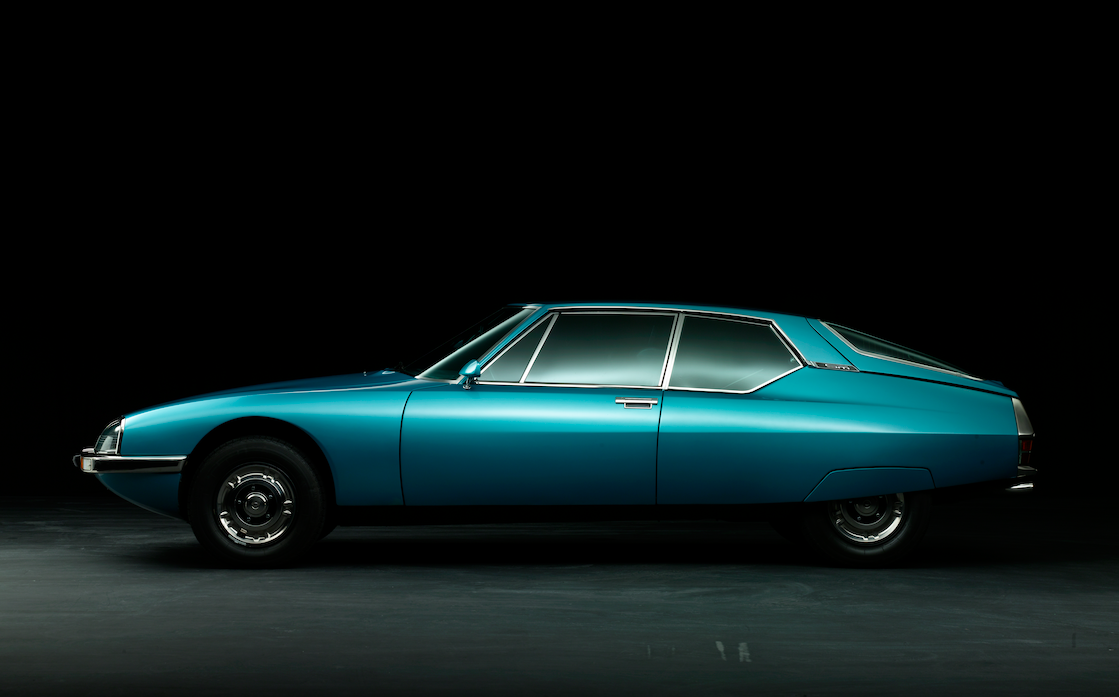 This was the fastest front-wheel-drive car ever built (220 km/h), a record that the Citroën SM held until 1983, when the Audi 200 was presented. The specialized press gave the French coupe several awards but, as it often happens, just a few people bought it, mainly because of the excessive prize, also at that time.

The «Sport project» was implemented by the French House towards the end of the Fifties, just after the launch and the commercial success of the legendary sedan DS. The project was entrusted to Jean Cadiou, the director of Citroën’s design centre at the time. All good, you might say, but no. Actually, the French House wanted to outdo Mercedes-Benz in the top performance-luxury coupe-segment, also in the American market. A dream followed, in those years, also by other European mainstream car manufacturers with disastrous results, especially in the United States. The first prototypes based on a shorter chassis of the convertible DS were tested on track, but they didn’t give the results expected by designers. As to the engine to adopt, technicians made several attempts that miserably failed one after the other: the DS 1900 cc engine was unfit at high performances, therefore two new engines were studied, a 6-cylinder and an 8-cylinder version. The result? With the exception of the power steering system DIRAVI, with a power assisted return and self-centring to the straight ahead position, designed by the engineer Paul Mages, they came to nothing, least of all to the bodywork design. In 1964, just after the passing away of Flaminio Bertoni, the designer of the legendary DS, the bodywork design of the future SM was entrusted to his pupil Robert Opron. When in 1968 Citroën took over Maserati, the president of the French car company commissioned to Giulio Alfieri, the great engineer of the Modena’s house, the creation of a new engine more powerful than 150 HP within 6 months. Alfieri retorted that it would take him less than 6 weeks: it was the first of the many frictions that occurred between the two during the years of the French property of Maserati. Finally, in 1970, the Citroën SM, Sport Maserati, came into being and was presented at the Geneva Motor Show on March 10th 1970, arousing much admiration for the bodywork design, defined as Robert Opron’s most fascinating and extreme work. The engine was a 6-cylinder, 2700 cc and 170 HP that, combined with an aerodynamic bodywork, brought the SM to exceed a speed of 220 km/h even if its weight almost reached 1,500 kg. A real masterpiece, although the fragile mechanics required a constant maintenance, especially the renowned hydraulic suspensions, the cause of repeated leaks and breakdowns, which made the car useless, thus annoying the customers that had spent almost 100,000 euros (in today’s value) to own it. In 1971, it was decided, as planned, to launch it on the American market: the SM bodywork didn’t comply with the regulations imposed by the NTHSA, the National Highway Traffic Safety Administration, on the minimum height of bumpers, therefore it was authorized «sub judice», which meant notwithstanding the current regulations, waiting for the definite approval. In 1972, the engine was equipped with a Bosch injection D-Jetronic system that allowed a (rather) modest decrease in consumptions. The decline of this fascinating car was especially determined by the Citroën technicians’ inability to solve the car’s reliability problems, in particular in the United States, where the French car company didn’t have an official service network. At the end of 1973, the NTHSA issued a negative verdict and forbade the sale of the SM in the US. The few unsold models were sent back to France and Citroën disappeared from the American market. At this point, the SM had become a burden for the French car company and, little by little, the model disappeared from showrooms. In 1974, PSA took over Citroën and the new management decided both the end of the SM production and the liquidation of Maserati. Thus, after roughly 12,000 sold units, the mediocre career of one of the most fascinating cars of the XX century came to end.

This article is dedicated.