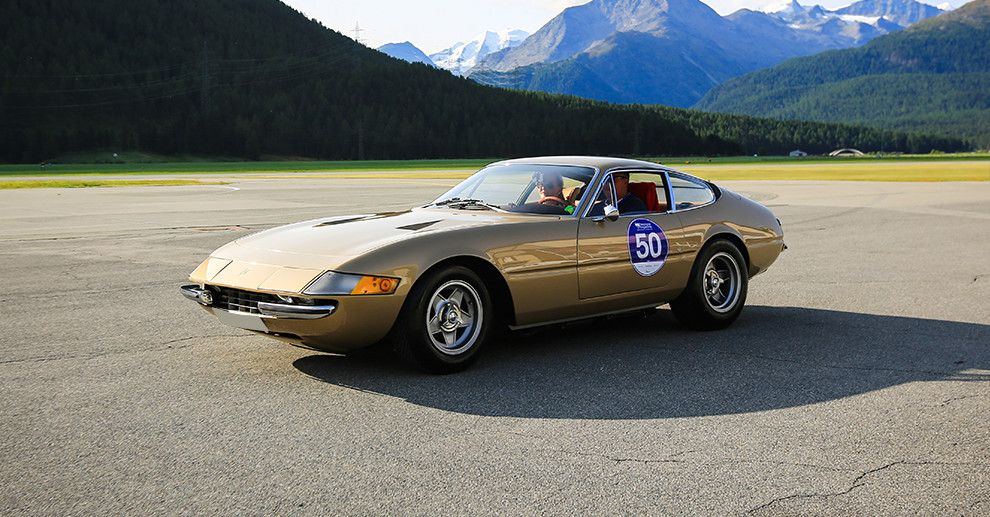 Three letters and a number. Hardly anyone knows this car by this name. It became a legend with the nickname Ferrari’s customers gave it and this is how it is still remembered nowadays. Just to begin with a curiosity. In 1965, Ferrari started considering the idea of replacing the 275 GTB, by now no longer competitive in the market, albeit restricted, of high performing supercars. Those were the years that witnessed the creation of the most renowned Italian sportscars, primarily, the Lamborghini Miura, just to get an idea of the historical period. The body design was entrusted, as usual, to Carrozzeria Pininfarina, which had hired Leonardo Fioravanti, who designed this legendary car. The mechanics maintained the 275’s V12 front-engine with a 60° bank angle. The chassis and the suspensions were designed ex novo with a new conception trellis frame, thus abandoning the suspensions beam axle for one with independent wheels, which was a novelty for Ferrari small sedans at the time. There was a five-speed gearbox, another first for a Ferrari, while the breaking system could count on four internally ventilated brake discs that handled the 352 HP of the powerful V12, six Weber twin carburettors, 4930 cc engine.

The car was presented in 1968 at the Paris Salon, stirring a lot of curiosity for its modern and elegant line. In the occasion, quite by accident, it took the nickname with which everyone knows it. During the press conference, the dedicated Ferrari’s manager that was describing its wonder specifications let it slip that the car had been created to celebrate the 330 P4’s previous year victory on an American racetrack. A very careful Italian journalist immediately took note of that and, the following day, the «Gazzetta dello Sport» published a very detailed article on the presentation of the new Ferrari… Daytona! Enzo Ferrari did not like the American nickname of HIS car at all. He would consider them all as a property of his own, even if customers would spend a fortune to buy them, and immediately sent a complain letter to the journalist who had dared so much. The nickname remained for good and became the car’s distinctive feature. In 1969, there came a Spider model, because of the incessant requests from the Ferrari’s importer in the US. It was unofficially called GTS 4. Very few units sport that caption on the identification plate, the reason is still a mystery.

In 1971, in spite of the heavy costs, a second series was presented, with retracting headlights instead of Plexigas streamlined headlights (prohibited by a new American law) and, for the Spider model, a new canvas roof which replaced the previous one in vinyl. The 1973 oil crisis cost a lot in the world of high performing Supercars and the Daytona’s fate was the same as other high-fuel-consumption luxury cars. The coupé version was out of production in 1973, while the Spider survived one more year to fulfil the last pending overseas orders. In total, Ferrari manufactured 1,486 units, only 7 of which with right-hand drive. The Spiders were 122 and they were practically all sold in the United States.