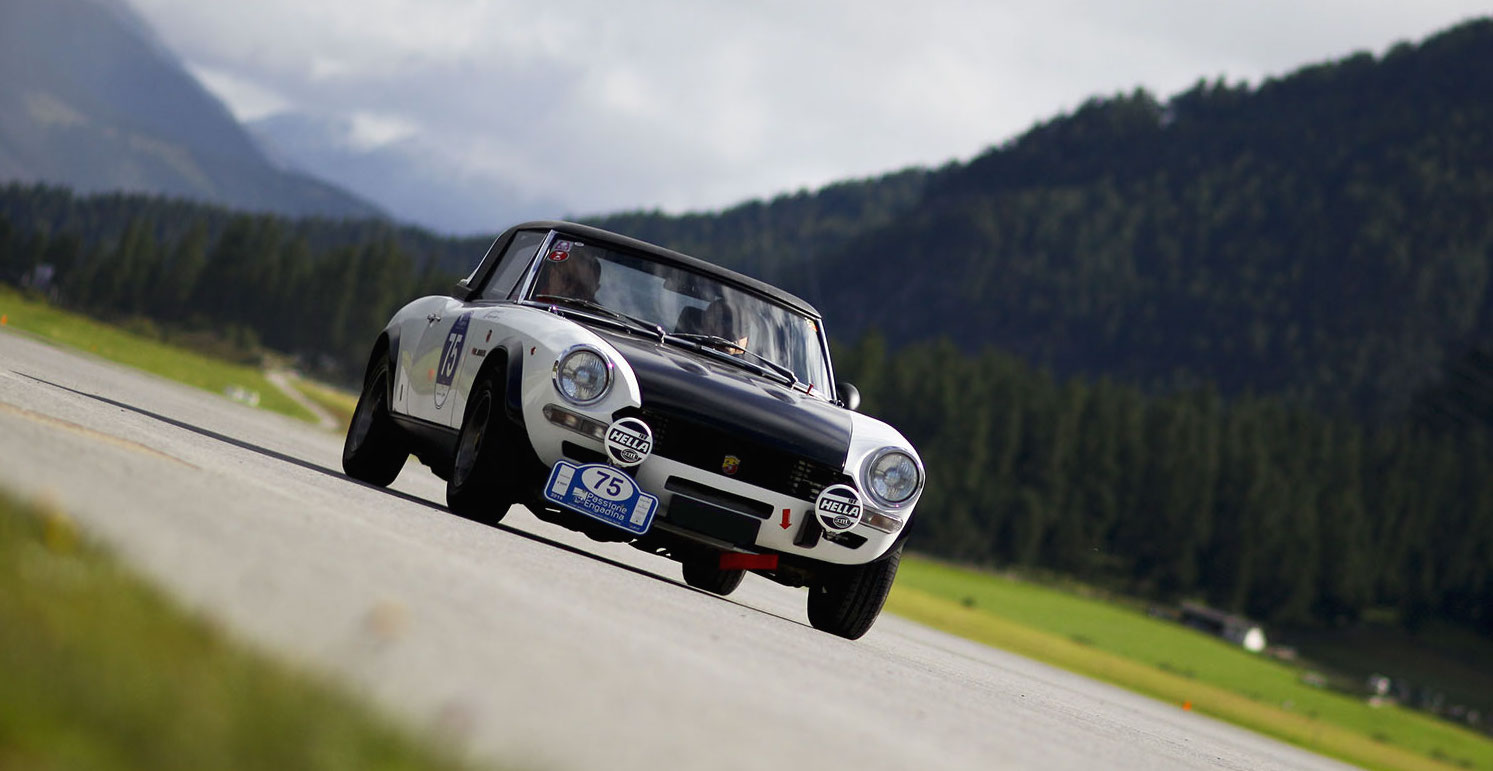 Did you know that the 124 Sport Spider was the second most worldwide produced convertible after the Mazda Miata (MX5 in Europe)? The 124 Sport Spider, as it was called, was designed to replace the by then old and little appreciated by the public 1500/1600S. After the success of the 124 sedan, at the time the very first example of a large and well-structured industrial project – nowadays it would be defined a «world car» – it was decided to widen the range and include the convertible model (the Spider model produced by Fiat at the time), although no one would have guessed that the Spider would enjoy such a long and glorious career. It was a success beyond all expectations. The OSCA engine of the 1600 S – considered too heavy and expensive to produce – was immediately put aside in favour of a new twin cam of 1438 cc with a capacity of 90 HP, which would be extremely suitable to be mounted on a sport car with a top reputation. The twin cam was designed by engineer Lampredi for the sedan model, but the Sales Management opted for a less performing 1200 cc. The 124 Sport Spider was presented to the public on November 3rd 1966 at the Turin Salon in an all pastel colour body range, among which a wonderful light blue (today hard to find), which made an immediate stir because of the clean and elegant shape created by Pininfarina after Tom Tjiarda’s design. Still nowadays, the 124 Sport Spider is considered his masterpiece. The design was very personal and strong-featured, like in the waistrail and the flat hexagon-shaped grille, very distant from the Fiat design of the time. Unfortunately Pininfarina senior couldn’t see the car which would become the pride of his company; he died in April 1966 and the development was concluded by his son Sergio, who also followed the manufacturing in the Grugliasco plant. The mechanics was first rate for the time and it was immediately supplied with a 5 gear box, renowned for its manoeuvrability and smooth gear change.

It was immediately decided to export it in the United States and in 1967 the first batch of fifty «Federal» cars (as Fiat was called in America) got off at the New York harbour. They differed from the European version only in the lights and in a different engine calibration, in order to comply to the new polluting emissions limits which, in the coming years, would become tighter and tighter. Useless to say that it was an unprecedented success: the fifty models were sold out in two weeks and the unlucky clients who didn’t make it in time to buy it, had to wait almost six months to have one, an unusual behaviour for the average American customer who hates to wait for something he wants; but the waiting was worth it. Over its entire production period, which lasted 19 years, it was the most sold foreign car. In 1970 the capacity was increased to 1608 cc and in 1972 two engines of 1588 cc and 1756 cc, deriving from the sedan model 132, were introduced. The latter, with 118 HP for the European market, and 94 HP for the American one, likely the most suitable to the 124 Spider, is considered by collectors the best in terms of solidity and reliability. On this occasion the car’s name was changed into Fiat Spider and the model was submitted to a body and interiors restyling. In 1974 there were rumours about retiring the Spider, but its huge success on the American market compelled Fiat and Pininfarina to continue the manufacturing. In 1975 it was however decided to stop the production for the European market. In that year Fiat didn’t even manufacture the road version of the Abarth Rally, originally thought for racing, produced in very few models and only for rally competitions, thus replaced by the 131 Abarth. The Spider story successfully continued only in the US. In 1979 it was equipped with a Bosch injection 2000 cc engine with a capacity of 102 HP (in the State of California version), mounting an automatic 3 gear ratio box made by GM. Unfortunately in 1980 Fiat decided to exit the American market, especially because of a poor sales network; the last Fiat model was registered in the Spring of 1982. Since then it was sold under Pininfarina brand, which also determined its return into European catalogues with the name of Spidereuropa. There was also, only in the US, a turbo model mounting a modified engine in cooperation with the Legend Industries, called Limited Edition. In 1985, after 200,000 delivered cars, manufacturing ended. FCA has recently registered the number 124 and announced for 2016, fifty years after the introduction of the previous lucky model, a sport convertible 2+2. Will it be a «tomorrow’s classic»?