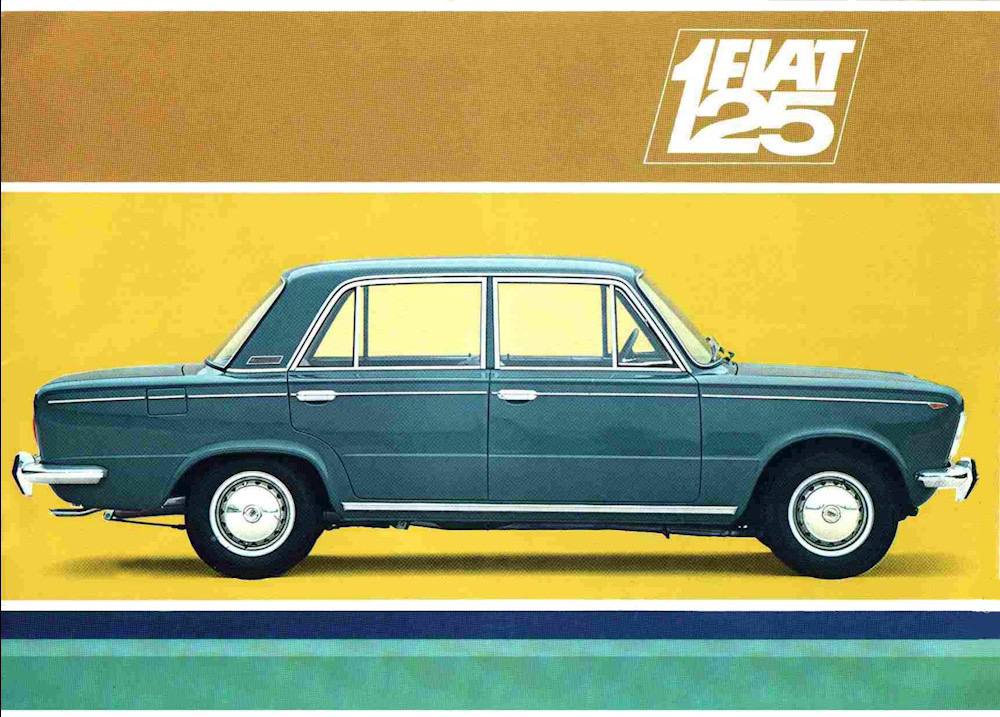 An emergency solution: this was Fiat’s goal when presenting the «125». A car designed and launched onto the market in just eighteen months and, at the time, the computer-designed car era had certainly not arrived yet: a record.

The Turin car company realized that the models 1300-1500 were outdated, as their launch dated back to 1961. The body design was perhaps too much similar to the Chevrolet Corvair’s, as well as to the NSU Prinz’s, whose sales were booming, while for the Italian model perspectives were gloomier. Tastes were changing. It was 1965 when the Fiat’s management grasped that the two sedans’ exit from the market would leave a void in the range. Back in the time, Fiat had a model for each market segment, from the economy car to the luxury sedan. Even the 1800-2300 models were at the end of their tether, aged prematurely because of their American-inspired design. Fiat needed a model that would «act as a bridge» between the 124, which would be launched in 1966, and the exit from market of the 1800-2300 sedans in 1967. The project was entrusted to Dante Giacosa, a man who could make miracles with in-house resources: they used the chassis of the 124 model, which allowed saving time and money; even the doors were the same.

Engines were borrowed from the 1500 C, but with enhanced performances: the front was raised and equipped with four headlights, some chrome plating here and there and, on April 22nd 1967, three months in advance, the new Fiat 125 was presented to the specialized press that praised the brilliant features and, in particular, the manufacturing quality. With a top speed of 170 km/h, its natural competitor was the Alfa Romero Giulia that, although older in terms of design, had a five-speed transmission that the Turin car didn’t mount. The press revelled in this gap, which was filled in 1968 with the launch of the 125 Special, equipped with a standard five-speed gearbox borrowed from the Dino. The Special mounted a more refined equipment, an improved brake system and, in particular, the servo brake, which in the previous version had been considered too «soft». To their surprise, this version hindered the basic 125 model, whose production stopped in 1969. Among the optional, there were air conditioning, gorgeous alloy wheels by Cromodora, heated rear window and a semi-automatic three-speed transmission supplied by GM, which replaced the semi-automatic Fiat «Idroconvert» system mounted on the first series, which no one regretted. In 1970, a restyling involved the front side with a new grille, the rear side with new lights and direction indicators built in thick black rubber-covered bumpers, which earned it the nickname of «125 rubber dinghy». Note that, however, the 125 Special was equipped with a transmission box divided into three parts in order to avoid injuries to the driver: this system was one of the very first attempts in favour of passive safety in case of impact. While the 124 was also sold in the United States, the 125 was never exported overseas, but about one hundred units of the first series was produced under license in New Zealand.