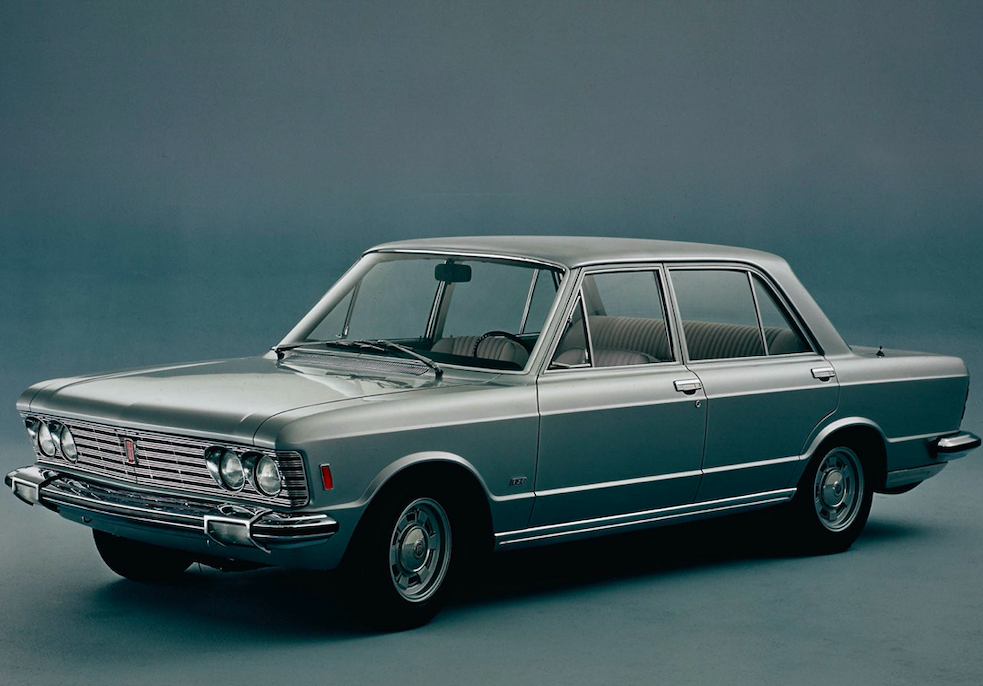 «We are interested to the 3L segment», «We will have a say with Fiat 130», or «The 44 points concerning its safety»; these were the remarks contained in the press release the Turin company’s PR office gave the journalists on March 13th 1969, during the Geneva Salon for the launch of the new Italian luxury sedan. The keyword in Corso Marconi, Turin, was «Grand». I think that in Stuttgart’s high places, the definition made them laugh when they saw it…

In truth, Fiat’s idea had been to re-enter the luxury flagship models’ market since the ᾽20s. The only car to meet such standards had been the «2800», manufactured from 1939 to 1943, year when the production (of just 380 units) was interrupted by wartime events and never resumed. Years went by, during which an 8 cylinder, 4.2 L engine was designed and tested, but it came to nothing. The 1800/2300 sedans were a terrific item for the time, but the body design was too similar to the American style popular in the first half of the ᾽60s, thus destined to annoy before the time scheduled by the Turin company. In 1967, Fiat found itself in the situation of having to discontinue the 6 cylinder sedans, without a new model to replace them.

The idea to build a luxury car came from Gianni Agnelli and Engineer Nasi who, besides being his brother-in-law, was also the Director of Centro Ricerche Fiat (Fiat Research Centre). The request was submitted to Dante Giacosa, the legendary designer to whom we owe the creation of all the most renowned Italian economy cars. He didn’t fail to point out, as he did more than once during his years at Fiat, that the attempts to expand the range to include more expensive models were useless and detrimental. When the company management made their decision, Mr Giacosa, already close to his well-deserved retirement, refused to collaborate and was replaced by Gaudenzio Bono in the X1/3 project’s development. This factory code stated, by using the letter X, that the project was highly confidential, something beyond the company’s classic number system. Does X1/9 ring any bells?

Out of decency, I won’t tell you the names of the engineers that designed the 130’s body, because they ring a little too prophetic as to the fate of the Turin’s sedan. Aurelio Lampredi was charged with the engine’s design (in the future, he will design also Fiat’s diesel engines), which would be mounted on a new generation chassis, a little reminiscent of Dino Coupé in the last two years designing, which began in 1963 and ended in November 1968.

As I mentioned above, the new Fiat 130 was presented in Geneva the following year and wasn’t as successful as expected. The exterior lines were balanced, as a whole, but rather burdened by an excessive use of an extensive chrome finishing, that would cover the car from rear to front; furthermore, the latter mounted a uselessly elaborated four-headlight grille, that nowadays we would call «kitsch».

The dashboard design was a masterpiece of elegance and functionality that, unfortunately, didn’t match the car’s exterior. The 130 was equipped with a 2,800 cc, 140 HP engine, which the specialized press defined unfit for the car’s big size. On the contrary, the 130 was appreciated for its comfort and manufacturing care. For the first time, an Italian car mounted a GM standard automatic three-speed gearbox: the manual gearbox was optional, a peculiarity that was switched in the second series, in 1971, with the presentation of the coupé designed by Pininfarina, with a new upgraded 3,200 cc engine, with a power of 165 HP. The bodylines were lighter, the mechanics performance was improved, but not the fuel consumption, which remained conspicuous. The same engine was mounted also on the second series sedan, as well as the dashboard, a unified version of which was allocated to both models, thus abandoning the 130’s solution of 1969.

The 1973 oil crisis was the deathblow to the Turin’s flagship car. In 1975, exports were blocked and, the following year, after 15,093 units sold mostly to Public Authorities, about 6,000 with a 2,800 cc engine and 9,000 with a 3,200 cc engine, the production was stopped. Another factor adding to the failure of the X1/3 projects was the missed launch in the United States that, perhaps, would have been the most suitable market for a car as the Fiat 130. The Coupé version remained on the price list until Fall 1977, adding up to 4,491 sold units. After this fiasco, Fiat, as well as other standard car manufacturers, abandoned the segment of top performance luxury sedans for good.