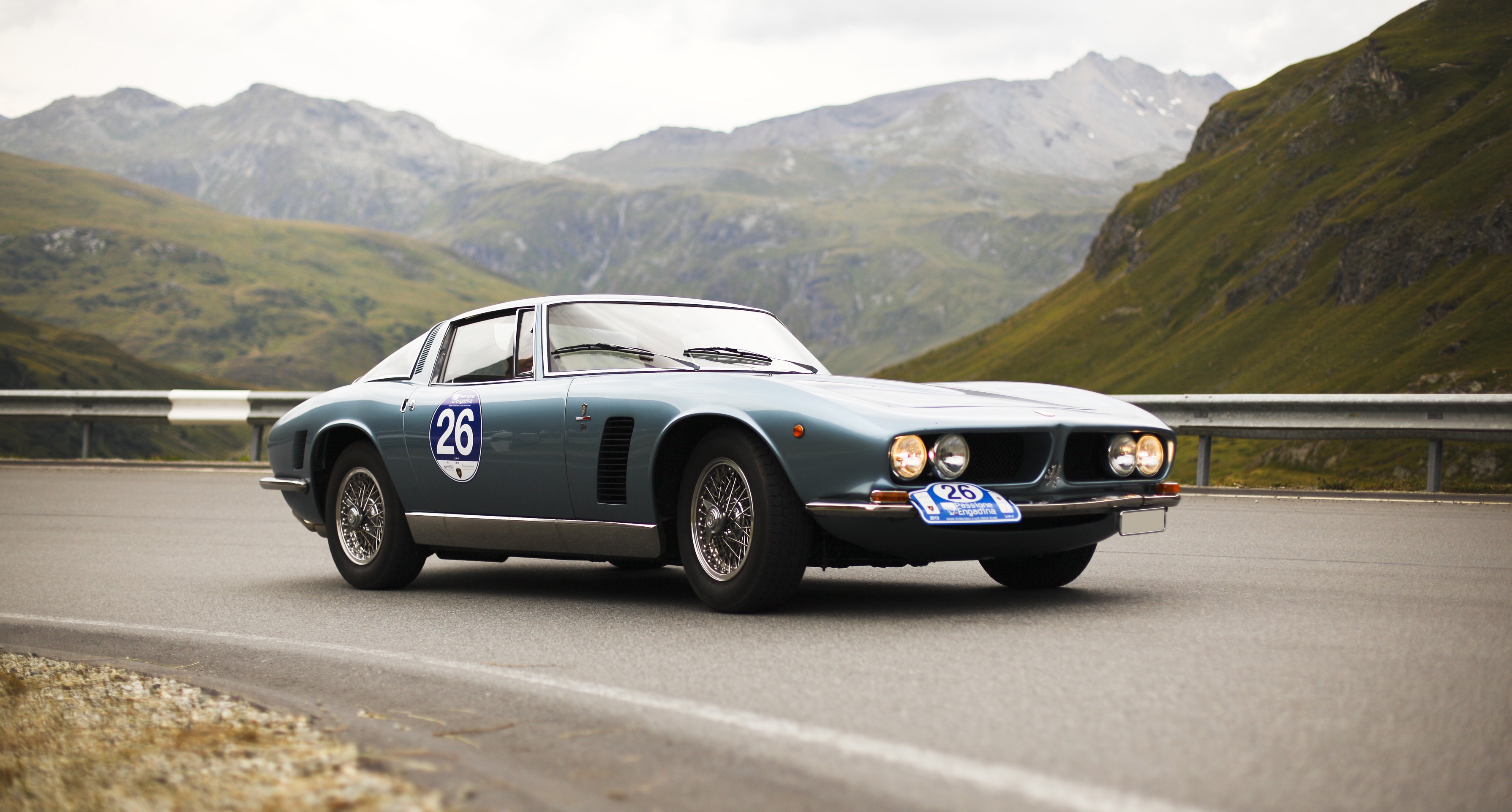 Just a few remember the Grifo. When it was presented, in 1965, it had all the requisites to become a successful car, but things turned out differently.

The manufacturing company, Iso Rivolta, was established in Genoa in 1939 with the business name Isothermos. In fact, it produced radiators and cooling systems. Renzo Rivolta, its owner, was a young businessman from Desio, near Milan. In 1942, air raids destroyed the Bolzaneto’s plants, a neighbourhood near Genoa, and Rivolta had to move the factory to Bresso (Milan), in Lombardy.

Renzo Rivolta was a car enthusiast and decided to reconvert his company into this new activity. He purchased the assembly line of a small scooter factory, Giesse, which manufactured the «Furetto», a scooter with a completely faired body. The Vespa would be manufactured a little later by Piaggio. The «Iso» Furetto was a commercial failure, while the Vespa became the myth we all know. Renzo Rivolta tried his luck again with other scooter’s models, with seesawing results, one for all the F-150 (1957), even developed from a Maserati design. It was manufactured until 1962, when Iso turned to the production of sport cars, Renzo Rivolta’s second big passion, thus establishing the Iso Autoveicoli. Before then, in 1953, Iso presented the «Isetta», a hybrid between a car and a motor bike, which wasn’t appreciated in Italy; it became a big international success when Rivolta sold the entire project to BMW which, thanks to the «Isetta», survived bankruptcy by manufacturing thousands of units until 1957.

After closing the cooling systems activity, in 1962 Iso Rivolta started to develop the GT 300, a luxury 2+2 convertible designed by Bertone in cooperation with Giorgio Giugiaro, while Bizzarrini dealt with the Chevrolet mechanical components. The goal was clear: to offer high performance sport cars with a luxury finishing. The Grifo was developed in 1965 from this convertible, without Bizzarrini’s contribution who, in disagreement with Rivolta, abruptly broke the cooperation for the new project. The Grifo was launched in the Italian market at the cost of an apartment in downtown Milan: 8 million liras, a few hundreds of thousands more than a Ferrari. However, the rich public for whom it had been thought could easily spend that sum. The Grifo had a very elegant body, in a captivating range of colours, three of which in metallic paint, a big introduction for the time. It mounted the V8 engine of the Corvette Chevrolet, with a capacity of 350 HP which used as much gas as an oil tanker, but allowed to easily reach a speed of 260 k/h, comfortably sitting on leather seats in a cabin with an excellent finishing. Unfortunately, the competition of other important brands was fiercer and fiercer, weakening the sales that in 1971 started to drop drastically. In the same year, GM demanded the advanced payment of entire engine batches, putting Iso Rivolta in serious troubles. Thus, Iso Rivolta fell back on supplying Cleveland engines from the American Ford. The management costs of the racing team and the 1973 oil crisis were the coup de grace, causing Iso Rivolta’s closure in December 1974. After 412 units, mainly sold in the United States, the Grifo badly closed its career. Nowadays it’s becoming one of the most sought-after historical cars.