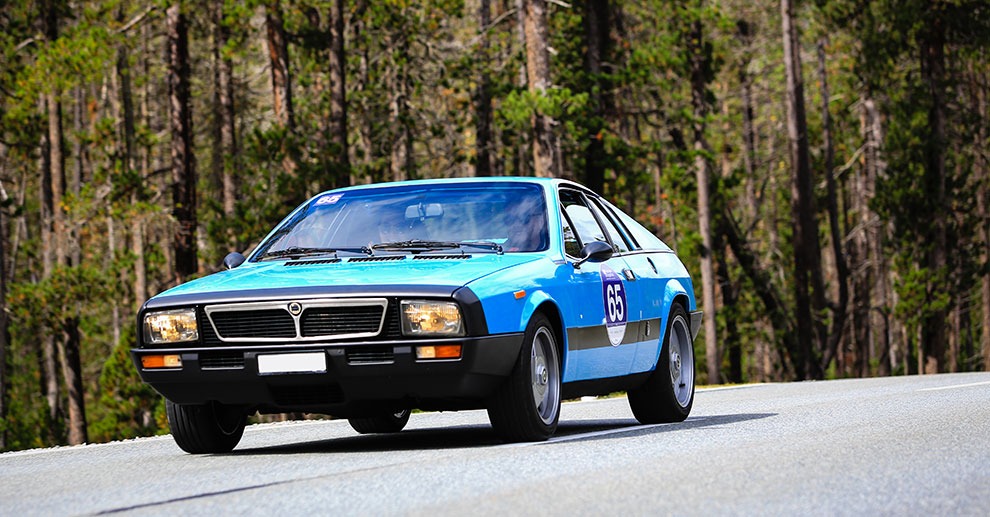 A nice car, but misunderstood. Even today, its historical value is close to zero. The most conservative Lancia fans never liked it, because a mid-engined Lancia sounded like a swear word to them. They hadn’t even accepted the handing-over or, better, the selling-off of the glorious Turin brand to the Fiat Group by the Italian concrete industry entrepreneur Pesenti. You might ask how much Fiat paid to purchase Lancia: 1,000 Italian liras of the time. Lancia was on the verge of bankruptcy and, net of its debts, that was its value and it became part of the Fiat Group. However, let’s quickly leave those dark times and let’s talk about cars.

The X1/8 project was implemented by Fiat in 1970; Fiat wanted to launch on the international market, the USA included, a compact mid-engine, rear-wheel sport car of its own brand. Actually, the project derived from the prototype X1/20 developed with Pininfarina, totally ignoring Lancia’s Technical Department, thus causing several frictions among the Lancia’s engineers who had designed the Beta sedan, coupé and Hpe. The reason of this rudeness is unknown. The Montecarlo model has nothing to do with Lancia Beta, neither the design nor its manufacturing. The name Beta Montecarlo was adopted only for commercial reasons. The Beta Montecarlo should be presented in September 1974 at Turin Auto Show, but it missed it, officially because of technical problems; actually, the reason was very simple: in 1972, the Fiat X1/9, a car rather similar in mechanical setting, was launched, and the X1/8 became a Lancia project. The Beta Montecarlo was presented at Geneva Auto Show the following year, stirring a good interest but nothing more. At that point, the Fiat sport car had stolen the show two years earlier. The Beta Montecarlo came in two versions: coupé and spider. The latter sported a fanciful canvas roof in the same shade of the selected bodywork, but they were both equipped with a Fiat twin cam engine, 1995 cc and 120 HP, not available in the Beta range. In 1976, it was decided to sell it in the USA, but its name was to be changed into Lancia Scorpion, because Chevrolet was selling a model called Montecarlo. The first series was manufactured until 1978, with 3,885 sold units, while the second series was presented in 1979 with some equipment improvements, among which the electrical windows, but no air conditioning and no automatic transmission which would help enormously the sale of the American Scorpion. With the second series, the Montecarlo’s decline began, eclipsed by the Fiat X1/9 successes, which had a much longer and more glorious career. In 1981, the Scorpion disappeared from the American market; in 1982, after only 1,940 manufactured cars in total for the second series, its production was interrupted. The Beta Montecarlo is nowadays no longer circulating on our roads, but in Japan about fifty models are still around.