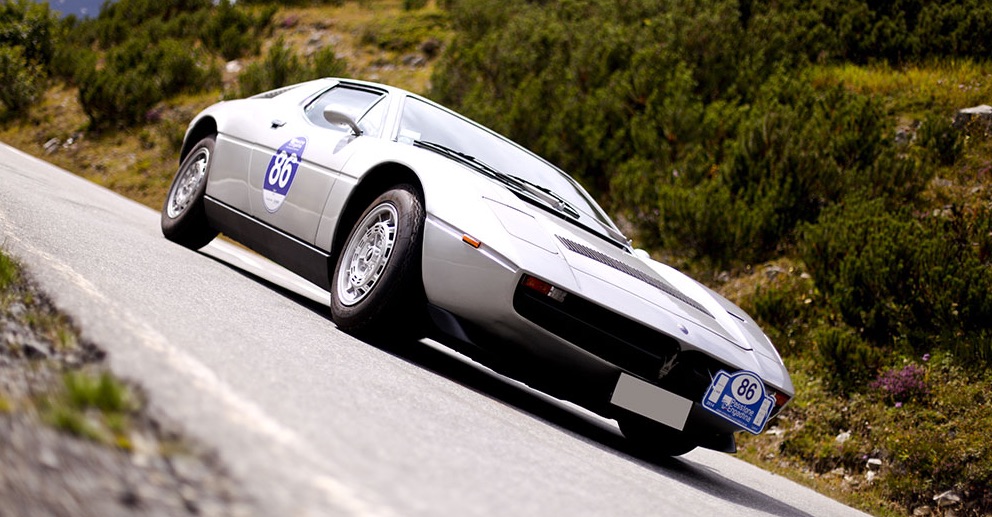 A beautiful car, although 44 years have passed since its presentation at the Paris Motor Show in 1972. But let’s proceed with order to discover this car story.

In 1968, Citroën took over Maserati and Guy Malleret, CEO of the French car company and a great estimator of sport cars, entrusted the legendary engineer Giulio Alfieri with the task of designing a coupe mounting a central engine that could compete with Lamborghini and Ferrari. This brought to the creation of the Maserati Bora, with a bodywork designed by Giorgetto Giugiaro. The project was completed in 1970 and the car was presented the following year, while, at the same time – and only insiders knew – the project AM 122 was being developed. This was the factory code of the Merak, studied to widen Maserati offer in the limited market of exclusive supercars of the time.

I mentioned the Bora because, many years later, many people confuse them for their very similar design, almost identical, I would say, given that Giugiaro decided to adopt the same style for both cars, from the front to the front doors, differentiating them only in the rear part. Giugiaro was very clever in designing the Merak bodywork, softening the Bora design, extending the roofline to the tail through two fins looking like two buttresses. At the same, it called to mind the fully-glassed Bora fastback, thus producing a very sport but also elegant look. Unlike the Bora, Merak didn’t mount a technologically advanced pipe frame, but a more economic steel monocoque. The 3,000 cc engine with 190 HP wasn’t completely new, given that it had already been front mounted on the SM coupe, but with a reduced power of 2,700 cc. The Merak also mounted a Citroën gear box, as well as the instrument panel and the hydraulically assisted breaking system. Without forgetting the distinctive single spoke steering wheel.

Soon after the car presentation, Citroën’s serious financial problems caused many problems to the Merak production, which was continuously interrupted and postponed determining big disagreements – sometimes real fights – between French and Italian managers. In 1976, Citroën sold or, rather, undersold Maserati to Alejandro de Tomaso, and all the French components of Merak were replaced by more traditional ones: a vacuum brake booster, a more square-shaped dashboard and a four-spoke steering wheel. Unfortunately, there was a drop in quality.

Even the Merak was affected by the oil crisis and didn’t score the success it deserved, despite its first rate mechanics and an inspired design. The SS version of 1977, with an increased power of 220 HP, boosted the sales for a while, but the 2000 GT, perhaps the less successful model, was a flop that Maserati’s customers immediately detested. In 1979, the dashboard was replaced with the Bora version, but the Merak was already on the wane. In 1982, it went out of production, though weirdly remaining on the price list until the end of 1984. On a whole, 1,830 units were produced, of which 1,000 SS, 630 standard versions and only 190 2000 GTs. The worst year was 1982, when only 4 Meraks were sold. The best year was 1973, with 430 deliveries.