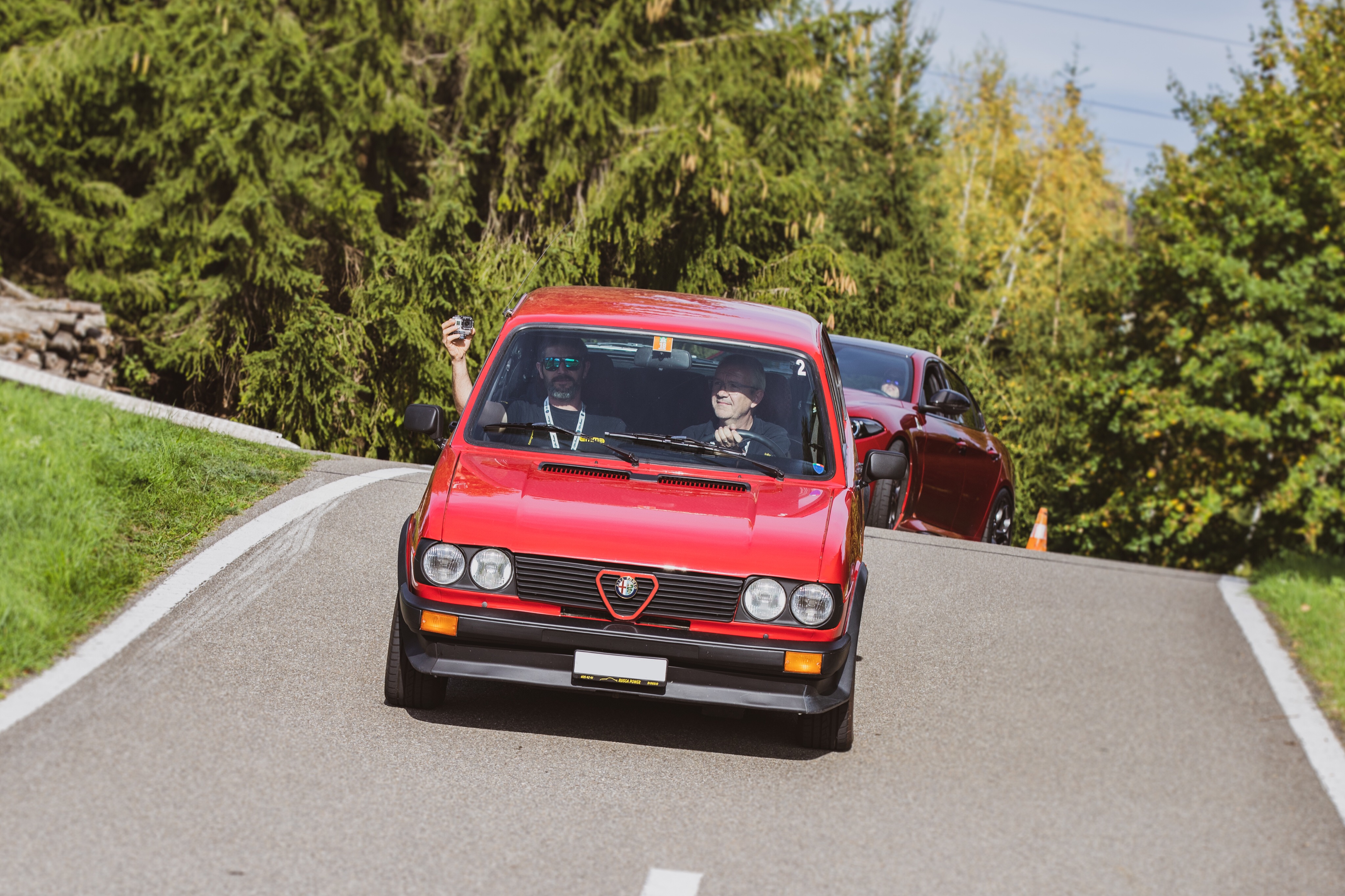 More than 1 million cars sold in twelve years, 1,107,387 to be precise: this makes Alfasud, the Alfa Romeo – branded car, the best-selling model in the history of the Milanese car factory. An outcome that never occurred again… thankfully, the designers of that time would say!

As to its design and production, this car has a very troubled story, even disturbing at times, which still causes a stir.

The Alfasud project began in 1966 when the then Alfa Romeo’s President hired the designer Rudolf Hruska back. From 1951 to 1959, Hruska had been the technical manager of the Project and Development Department of the Milanese car factory. His new task was to supervise the construction of a new plant, in order to allow Alfa Romeo to build a new model, which would also be designed by the Austrian designer. The entire operation was being managed autonomously from the head office in Arese, through the company Inca-Alfasud S.p.A., established in January 1969. Finally, the new Alfa Romeo medium sedan was presented at the Turin Car Salon in 1971, stirring a certain success among the public and the press. With Alfasud, a new horizontally-opposed engine with four cylinders, a capacity of 1,186 cc and 63 HP, commonly known as “Boxer”, made its debut, with performances superior to those of similar cars by other producers. The body design was a creation by Giugiaro, who had developed an elegant 4-door hatchback, with the exception of the highly criticized hinges of the open-tailgate, which years later would be hidden by a plastic strip. The interior finishing was rather austere, the floor was rubber coated, the seats were in imitation leather and the dashboard was in plastic, thus giving the impression of a poor manufacturing, as it really was. Not to mention the missing brake booster in the 4-disk breaking system, something unusual at the time. The Alfasud production at the Pomigliano d’Arco plant, in Southern Italy, started on April 1st 1972 and the first deliveries took place in June, when also the first problems began: strikes, more than 700, union conflicts and delays of all sorts, would continuously stop the manufacturing, thus resulting in a very low production quality. Only 70 cars per day were assembled out of the 500 planned, and they didn’t even comply with Alfa Romeo’s directives. However, the head office was carefully monitoring the situation through the sales network and the authorized workshops in order to raise the production quality. An example was the excessive effort denounced by customers to push the brakes pedal, due to the missing brake booster. In 1973, at the presentation of the new models range, the Alfasud was equipped with a brake booster and, at the price of 56,000 Italian Lira, it could be mounted on the cars that didn’t have it. It was also the occasion to present the “TI”, a 2-door, quad round lamps sport version, probably the most remembered Alfasud model to this day, with an increased capacity of 68 cc and a 5-speed gearbox – a solution very much appreciated by Alfa Romeo customers. In 1975, it was the turn of the “L” version, finally with a more refined finishing, velvet seats and coated carpets, equipped with a 5-speed gearbox too. However, the 4-speed gearbox model, called “N”, was still available. An original 3-door station wagon version was also presented; yet, it wasn’t as successful as it was expected, especially because of its unfortunate body design and its excessive cost. Its manufacturing will cease in 1980, after a production of 5,900 units. In 1976, the “Sprint” version came out, a 3-door coupe, also designed by Giugiaro; unfortunately, due to the usual mediocre quality and the high cost, its fame was short. The biggest problem of Alfasud was its reliability, undermined by the faults and negligence of the Pomigliano d’Arco’s uncooperative workforce. The absenteeism rate reached the amount of one million hours, with workers refusing to participate to regular training courses. The metal sheets were left outdoor and weren’t cleaned before painting, thus triggering the big problem of corrosion, which was Alfasud’s primary enemy. It was partially solved only in the early ᾽80s, after years of attempts, thanks to the “Zincrometal” anti-rust system. In 1982, the “SC” hatchback version was finally presented. Unfortunately, its structural rigidity was inferior to the 4-door sedan’s version. In 1983, at the presentation of the Alfa 33, the Alfasud range was reduced and, the following years, it was decided to stop its production. What is left of the Alfasud project is the regret for a missed opportunity. However, it was a brave and innovative idea that will be certainly remembered for a long time to come.