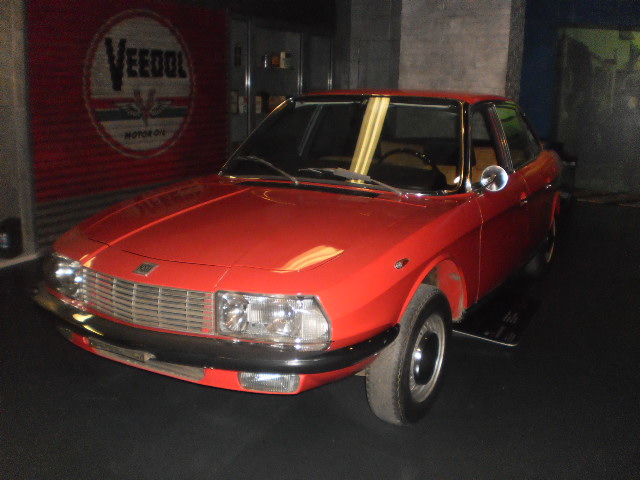 Today we are going to talk about a top range sedan, suitable for families, spacious and well refined, which would be launched into the German automotive market of the ᾽60s. At the time, the best-selling car in West Germany was the Ford Taunus 12M and, in 1961, the NSU engineers started the project «Typ 80»: a new vehicle with which to counterpoise the Ford’s model. NSU was an illustrious car company situated in Neckarsulm, on the banks of the homonymous river, in the German region of Baden Wüttemberg. Established in 1873 as a factory of industrial sewing machines, it first turned into a bicycle (1892) and then in a motorbike manufacturer (1901). Its breakthrough as an automobile factory occurred in 1906 when it began manufacturing Peugeot cars under license. The NSU’s financial situation had always been rather precarious since the company’s foundation. The Dresdner Bank constantly bailed them out and, since the early 1910s, imposed them a partnership with Fiat, ended in 1970 when duties within the European Union were lifted. Until then the German company, under license, would assemble the Fiat 850, 1100 and 1500 and brand them Fiat Neckar; many people in Germany still remember that. At our latitudes, the image of the NSU Prinz, the fun economy car very successful in all Europe, remains in the collective memory of all those that, like me, are now in their fifties.

NSU owned the production rights of the rotary engine purchased by the German engineer Felix Wankel in 1951, an innovative propulsion system. The pistons were replaced by two rotors, which would eliminate the frictions and vibrations of the traditional engines, but showed severe reliability problems, oil consumption and an excessive fuel consumption. This type of engine was already in production and was mounted on the Prinz, both coupe and convertible models, but as the two economy cars had not being designed for a heavy use, the reliability problem was underestimated.

The «Typ 80» project officially started in 1962 and the body design was finalized in 1963; it was very modern and aerodynamic, almost 5 metres long, and had been created by the at the time director of the NSU’s design centre Klaus Lüthe. Despite the early negative signs of the Wankel engine’s reliability, it was decided to equip the new car with this type of propeller, a birotor of 998 cc, 120 HP and a semi-automatic three-speed gearbox derived from Porsche’s «Sportomatic» system. The new NSU RO 80 was presented to the specialized press on August 21st 1967 at the Solitude Palace in Stuttgart. The name of the location didn’t bring much luck, considering that the RO 80 was purchased by very few…

The new car was praised for its comfort, lack of vibrations, the refined finishing of the interiors – a quite unusual detail for the time in that range – the wide room for passengers and the useful trunk. The stated consumption was 12 litres per 100 km, but a German newspaper measured that it actually exceeded 20 litres: another renowned problem of the Wankel engine. The body design, as I mentioned above, was very innovative for the time and, even nowadays, if you get to see one, you will be surprised: you either love or hate it.

In 1968, the RO 80 was voted «Car of the Year», but the customers of the early manufactured units were already crowding the NSU’ s repairs shops lamenting serious engine problems: it was rare to travel more than 30,000 km without oil leaks, but the worst was yet to come. As I mentioned above, the already precarious financial situation of the German car factory was dramatic precisely because of the new car designing, which cost 40 million marks. Who paid? Once again, the Dresdner Bank. In 1969, the situation worsened to the point that NSU had to sell the production rights of the Wankel engine to the Japanese Mazda and allow Volkswagen to hold the company’s majority share, thus becoming Audi-NSU. The worst came: when reaching 50,000 km, the Wankel engine would collapse, thus provoking the anger of customers and causing to NSU the losses of millions of marks in order to replace the propellers that, ironically, were still under warranty. In 1971, the firm tried to improve the rotary engine’s reliability by replacing, at various times, the head gaskets, but, at that point, the RO 80’s reputation was compromised and, in 1973, the oil crisis delivered the finishing blow: the sales plummeted, especially because of the excessive fuel consumption, a problem that they could never fix.

In 1970, the NSU K70, a lower model compared to the RO 80, should go into production, but Volkswagen halted everything by shutting down the top management of the Neckarsulm company, which presented the new model with its own brand. However, it was another flop. After 37,000 sold units, the RO 80’s manufacturing was ended and the brand, production plant included, was got rid of. In 1985, Audi-NSU was renamed Audi AG.